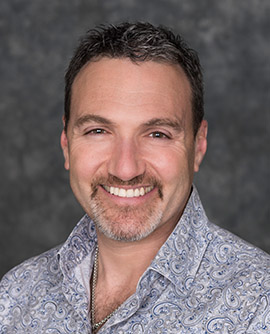 Dr. Howard I. Cooper graduated in 1991, from Loyola University of Chicago. Since graduation, he has accomplished more than most in dentistry. One of his most important attributes is his passion for knowledge, which aids him in treating his patients with the most up to date techniques available. Our office is a wonderful place for children and adults, no matter how frightened they are.

The morning of September 11, 2001, Dr. Cooper was activated, along with other members of DMORT, and the following day were flown on an Air Force C-130 from O’Hare Airport to New York. The team had many functions, but Dr. Cooper worked at Ground Zero and at the Office of the Chief Medical Examiner helping to identify victims of the horrific attack.

After Hurricane Katrina, he was activated as part of the DMORT WMD All Hazards team. His task at this event was victim recovery, decontamination, and identification. Dr. Cooper spent five weeks in the New Orleans area helping to bring closure to the victim’s families.

In 2011, Dr. Cooper was awarded the Response Team Distinguished Member of the Year Award from the National Disaster Medical System (NDMS).

Dr. Cooper is also a published author on the topic of forensic dentistry and lectures on that topic across the country. In addition, he aids all the citizens of Lake County as the current Lake County Coroner.

When he’s not enjoying treating patients, Dr. Cooper spends his time traveling and photographing the U.S. in his motorhome with his wonderful family.